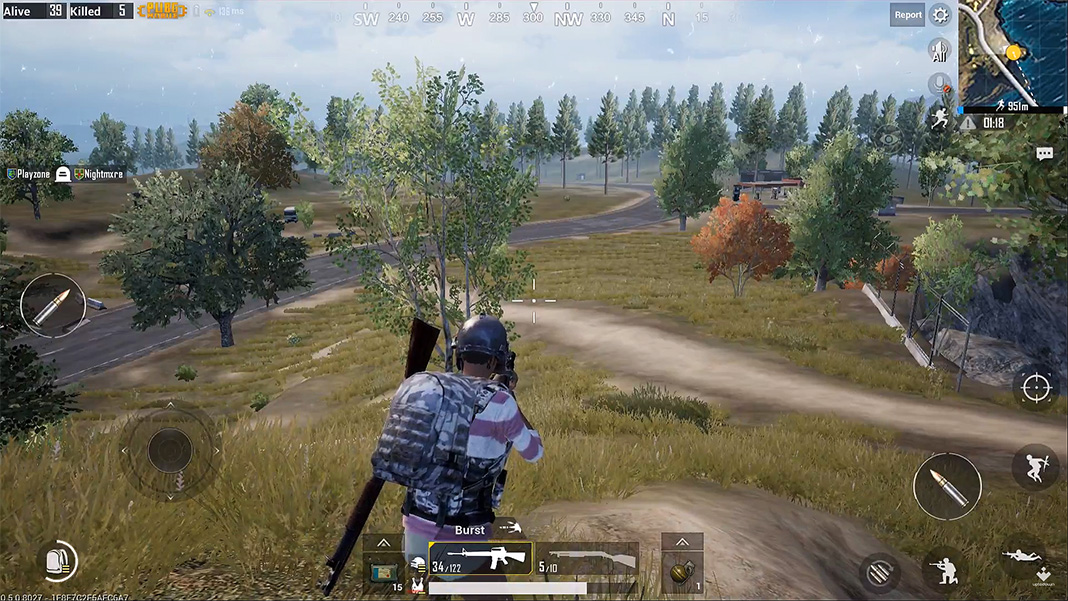 color="red" Battle royale basically means all against all, a bit like The Hunger Games where you start with nothing and have to scavenge and collect weapons and equipment. The game is ultimately a battle to the last player standing, with 100 players on an 8 x 8 km island. There are three modes of play: solo, duo and squad, with the latter letting you team up with three other players for a team of four. Each is a little different with various pros and cons, the big pro of team play being that have people to support you, revive you and bring an element of co-operative tactics to the game. The game starts with you parachuting onto the game island. On landing your mission is to gather everything you can to help you win, from clothes to medical supplies to weapons, with a wide range of weapons and modifications for those weapons. The island is a mixture of urban and rural environments, detailed in the map in the top right-hand corner of the game, and the full area is initially playable, but the play areas decreases in size as time progresses.This forces the players closer together with ever decreasing circles, those left outside the safe play space will start to take damage and eventually die. The game reaches its climax when the last few players are condensed down into a small space and one player or team emerges as the victor. Each game can last up to about 30 minutes if you're one of the last standing. Of course, you can die almost as soon as you're on the ground. Winner, winner, chicken dinner.

The Mobile game provides the same gameplay elements as the PC and Xbox game, but uses on-screen controls. These can be customised for a number of different layouts and elements to suit the size of your device or preferences. You can also change the controls for driving vehicles in the game, of which there are a number of options.The gameplay is surprisingly good and smooth, although there's an advantage for those with bigger displays and more powerful phones. There are three graphics settings you can use and the game will automatically select one. It's advisable to close down everything else, turn up the brightness and volume for the best experience. 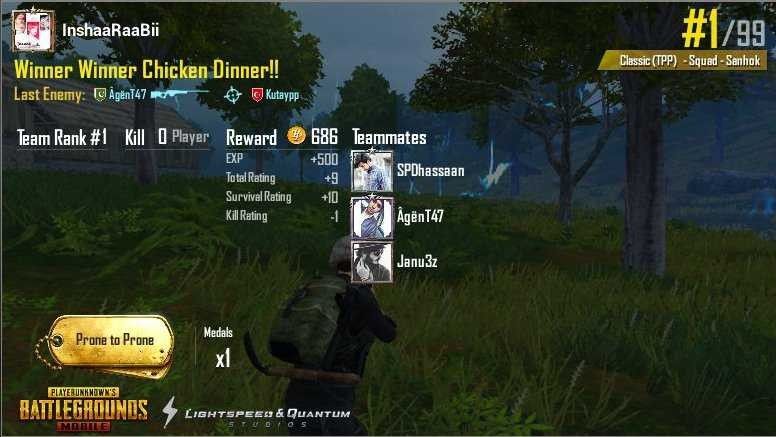 Their sales grew from 100 to 100,000 in sales. Then half a million and it kept on increasing. Then they reached 990,000. And after that they reached a million players on steam. Suddenly, when it reached more than a million players their servers got crashed. Their servers could handle only a million players. Poor fellows. Who taught this game might be this popular? Not even the designer of the game thought of it. They tried to save cash by having their servers handle only a million users so that they can buy candy. But now, Holy Shit! This made the users give some more negative reviews.But they somehow managed to repair the servers and now it can handle more players and they are managing this. So don’t worry. The servers will not crash when you play. You can buy if you are planning to do so.At this time on 2nd December, 2017 the peak in Steam was 2,961,867 players. Soon to reach 3 million peak.